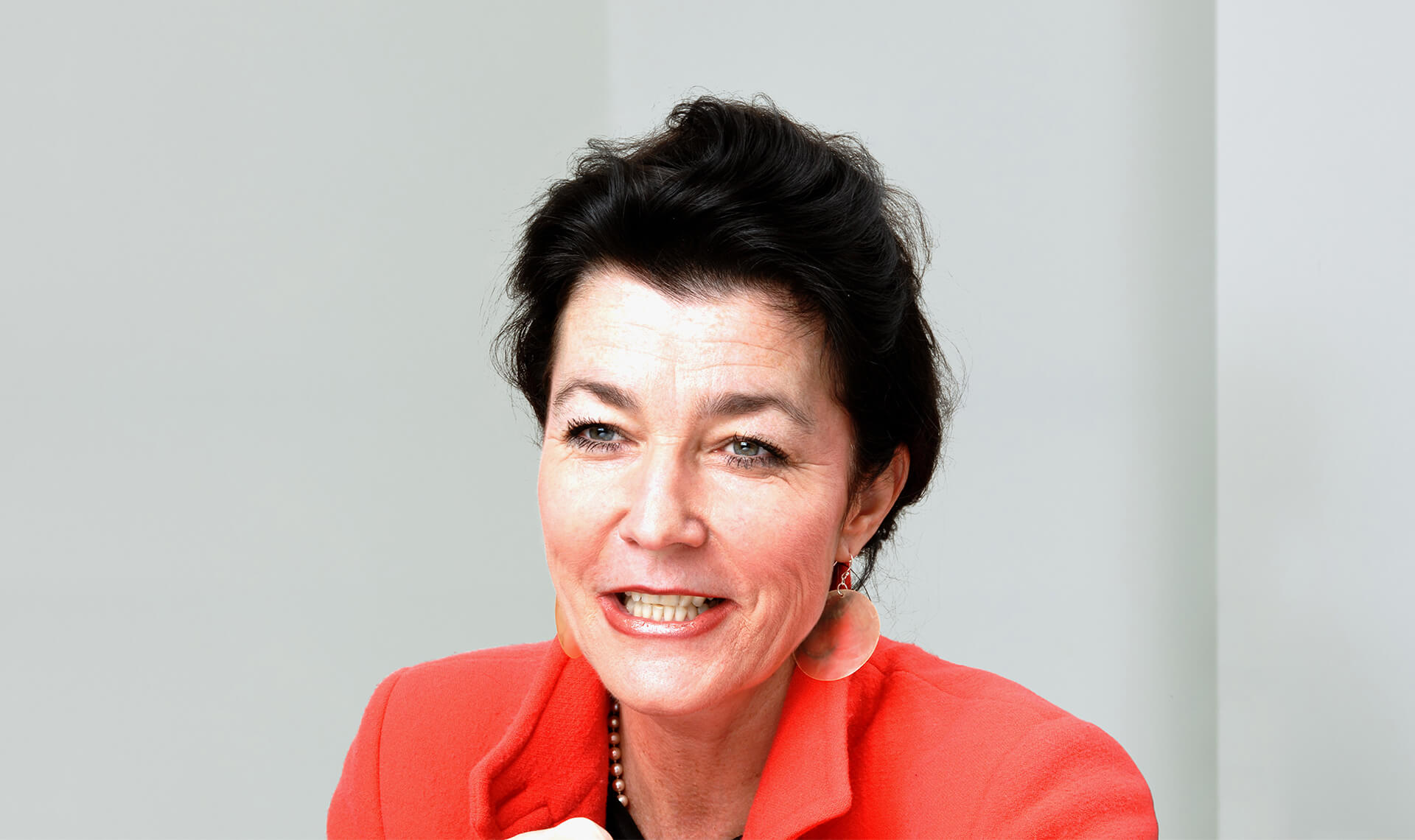 Having returned to full time practice after a career break, Angharad has been ranked as a "Leading Junior" for many years (Legal 500, Chambers & Partners and Legal Experts) consolidating her ongoing recognition in the Commercial and Chancery market. She came to the Bar after working for some years in finance in the PRC, moving first to a Chancery set in Lincoln’s Inn. Her litigation has included the heavyweight “InnovatorOne” fraud/FSMA litigation concerning failed tax schemes, the arbitrated shareholder fight over one of the world's largest companies, the Pender/Cable & Wireless litigation concerning the running of C&W‘s captive insurer Pender and in the Icelandic banks’ litigation her client in the UK and Paris successfully challenged the Icelandic moratorium. This work was undertaken alongside trials and arbitrations on high profile deposit taker duties, stolen business opportunities, challenges to the transfer of an international retail chain, a £6bn invoicing fraud, the Wembley Stadium Development and County Hall.

Angharad has a specialist practice in art and cultural objects. With Tom De Vecchi, she succeeded in resisting the first full scale commercial bailment claim to come before the Courts in over 100 years concerning the world’s rarest stamp, the Yellow Treskellen. She regularly appears against or co-defends with leaders sometimes as sole advocate, but often leading a counsel team in her own right. Her clients include foreign and international banks, insurers, brokers, building societies, accountants, construction groups, auction houses and range from FTSE listed companies, government bodies, foreign governments and charities through to individuals. Angharad's practice includes general commercial litigation, wide-ranging professional indemnity work (generally in the fields of law, accountancy, financial services, insolvency, and construction), insurance, corporate and personal insolvency, company law (incl. disqualification), banking and financial services, POCA, restraint of trade, breach of confidence and art and cultural property law.

In 2020, Angharad was appointed to the JAC (Judicial Appointments Commission) Advisory Group.

"Excellent and gifted", 'according to peers, she has "an extremely effective courtroom style". ‘She is "terrifyingly bright", "just so clever" and "really razor sharp", say solicitors.' ‘Peers agree that Angharad Start is "an incredibly impressive advocate who pulls no punches". "An impressive junior", "Talented and hard-working", she specialises in litigation and asset recovery. "A real insolvency specialist who's enormously talented" and is "widely regarded as a real fighter who's always in the front row pushing her client's case forward". "Extraordinarily sharp and robust individual who clearly thinks around problems." "Excellent breadth of expertise." "An expert in large-scale personal and corporate insolvency disputes. Sources praise her for her creativity and idiosyncratic approach to issues." "A cross-border specialist". "She is able to think outside the box, and works well in a team."  "She is cool under pressure, great at handling difficult clients and has great clarity of thought."  "Her great strength is that she is a person who can think outside the box."

"She has an excellent strategic approach. Angharad is very passionate about cases, thorough in her preparation and often approaches cases from interesting angles." Legal 500 2021

"In court, she is an absolutely fearless advocate, and has the skill of bringing sceptical judges around." Legal 500 2021

"She has great attention to detail and is always thinking outside of the box and looking at running things with different angles. She is a great thinker who is very good on her feet in court and isn't fazed by seniority on the other side." Chambers & Partners 2020

"She masters her brief and is a robust advocate." Chambers & Partners 2020

“She is a tremendous fighter, who also writes extraordinarily well.” Legal 500 2018

"A junior who is recognised for her quality contribution to a number of high-profile insolvency cases. She demonstrates expertise across the board, regularly acting in matters such as shareholder disputes, wrongful trading litigation and misfeasance claims." Chambers and Partners 2018

"Angharad is a very motivated litigator who can handle anything." Chambers and Partners 2018

“Impresses with her oral advocacy, which is clear and robust, and gets her points across well." Legal 500 2016

Arbitration work undertaken is generally the subject of confidentiality but has ranged from claims against Sovereign States, to cross-border insolvency and fraud through to shareholder disputes including the arbitrated shareholder fight over one of the world’s largest companies. Angharad was most recently instructed in a large LCIA international arbitration concerning international mineral supply and separately another concerning RosGas.

She was instructed to head a team which took a complex series of international actions to prevent the reproduction and onward sale and auction of unlawful casts of Rodin bronzes in a number of jurisdictions across Europe, the USA and the Far East.

The most recent cultural objects trial to come before the Courts.  Together with Tom de Vecchi, she successfully resisted a £mms claim against Clydesdale Bank alleging loss of a highly valuable stamp collection and other antiquities. This three week super court trial against a team led by the late Norman Palmer QC concerned the world’s most famous stamp: The Yellow Treskellen: Baron Andre & Anor  v Clydesdale Bank plc.

Angharad is currently defending a high profile group against a £mms claim in respect of the alleged loss of highly valuable jewellery, coin collections and gold bullion.

During her career Angharad has acted for and against all the major banks and building societies and is a Co-author of the latest edition of Paget. Early 2016 promises a two week Commercial Court trial on a £27.5 million guarantee claim.

Norwich and Peterborough Building Society v McGuiness, CA,: Second appeal certified as a case of public importance concerning the use of guarantees as claims for liquidated amounts in insolvency and the nature of primary and secondary guarantee liability. Successful acting for building society at all three levels along with Richard Hanke.

Bishop v Lloyds & others: Acting for Lloyds and receivers in £mms negligence case brought against them and others. Successfully struck out . Concerned duty of care, reflective loss, limitation.

Re A PLC (bank name confidential). Acting on behalf of major clearer on challenge to clearance procedure, currently pre-action.

Acting on behalf of far-eastern bank in threatened liquidation in Quistclose claim for government funds.

Greenwich v. Natwest: Acting for Natwest in relation to purchase of development property, determination on status of Isle of Man in European law.

Angharad has established herself as a strong civil fraud practitioner over the years including advising various professionals/institutions in relation to POCA duties and acting for receivers. She is currently defending a well known firm of insolvency practitioners in a challenge to fees alleged to be the subject of bribes and false accounting.

Cable & Wireless & Anor v Valentine & ors Commercial Court. Acting for two of the principal defendants (2 of 17) in vigorously defended large scale alleged insurance/reinsurance fraud upon Cable & Wireless and Pender: subject matter alleged to involve secret profits, knowing assistance and receipt, procuring breach of contract and fiduciary duty and conspiracy. Value of claims not capped but alleged to be in excess of £100m.

In Re Safe Solutions and Asciom Solutions: Related winding up petitions, provisional liquidators and later suits brought by liquidators claiming £18m against directors alleging breach of fiduciary duty in diverting corporate funds. together with appearing in Court of Appeal.

In Re Hill & Ors, brought in as commercial junior for Criminal Court of Appeal, concerning test for establishing power to make restraint orders.

Cable & Wireless & Anor v Valentine & ors Commercial Court. Acting for two of the principal defendants (two of 17) in vigorously defended large scale alleged insurance/reinsurance fraud upon Cable & Wireless and Pender: subject matter alleged to involve secret profits, knowing assistance and receipt, procuring breach of contract and fiduciary duty and conspiracy. Value of claims not capped but alleged to be in excess of £100m.

Cable & Wireless & Pender Insurance v Valentine & ors, Commercial Court. Acting w/o leader for two of the principal defendants (2 of 17) in vigorously defended alleged large scale insurance/reinsurance fraud upon Cable & Wireless and Pender: subject matter alleged to involve secret profits, knowing assistance and receipt, procuring breach of contract and fiduciary duty and conspiracy. Value of claims not capped but alleged to be in excess of £100m.

Marrache & Co (in liquidation): Acting for provisional liquidators of Marrache & Co and equitable receiver in collapse of this international law firm with arrest of two of its partners.

Angharad is highly regarded in the company and insolvency world as a very compelling advocate with real breadth of relevant experience. She has recently completed a three week trial on behalf of liquidators concerning s214, (currently awaiting judgment). This followed shortly after the successful conclusion to a £multi million misfeasance claim in a confidential case where she was acting for well-known liquidators. She is currently defending a market leading firm of insolvency practitioners in a challenge to fees alleged to be the subject of bribes and false accounting. She was also instructed for the joint venture Claimant in the arbitrated shareholder fight over one of the world’s largest companies.

Norwich and Peterborough Building Society v McGuiness, CA,: Second appeal certified as a case of public importance concerning the use of guarantees as claims for liquidated amounts in insolvency and the nature of primary and secondary guarantee liability. Successfully acted for building society at all 3 levels along with Richard Hanke.

Marrache & Co: Acted for provisional liquidators of Marrache & Co and equitable receiver in recent collapse of this international law firm with arrest of two of its partners.

Landsbanki Moratorium in Iceland Acting for creditors In multi-juriisdictional claim and seizure. Directive 2001/24/EC on the reorganisation and winding up of credit institutions. The Credit Reorganisation and Winding up) Regulations 2004 (S!/1045) (as amended) Banking (Special Provisions) Act 2008, Banking Bill (HL Bill 21)

Re A Leading Sports Car Company (confidential – heard in chambers) Acting for the company in application to strike out winding-up petition brought against it and related litigation concerning solicitors’ fees/negligence.

Instructed by Australian liquidators in the Bond litigation.

In Re a Debtor (88 of 1991) [1992] 3 W.L.R 1026 V.C. Resisting statutory demand on untaxed solicitor and own client fees. Gave rise to Law Society recommendation that solicitors not to use this procedure.

In Re A Debtor; JP v. A Debtor [1999] BPIR 206 Individual Voluntary Arrangements: construction of Rules and Act: Rule 12 creditors not to be prejudiced by IVA which does not specifically preserve their rights. Appellate decision of Sir John Vinelott.

Re [x] London Borough (identity confidential): Successful application on behalf of the Borough to strike winding up petition served on grounds no jurisdiction to wind-up a London Borough.

Angharad has most recently successfully defended a well-known commercial firm against a £multi million claim over a three week trial concerning advice on a corporate acquisition.

Bishop v Lloyds & others, Chancery Division: Acting for receivers and others in £mms negligence case brought against them and other professionals in relation to large portfolio of properties due to come to trial 2006 but successfully struck out.