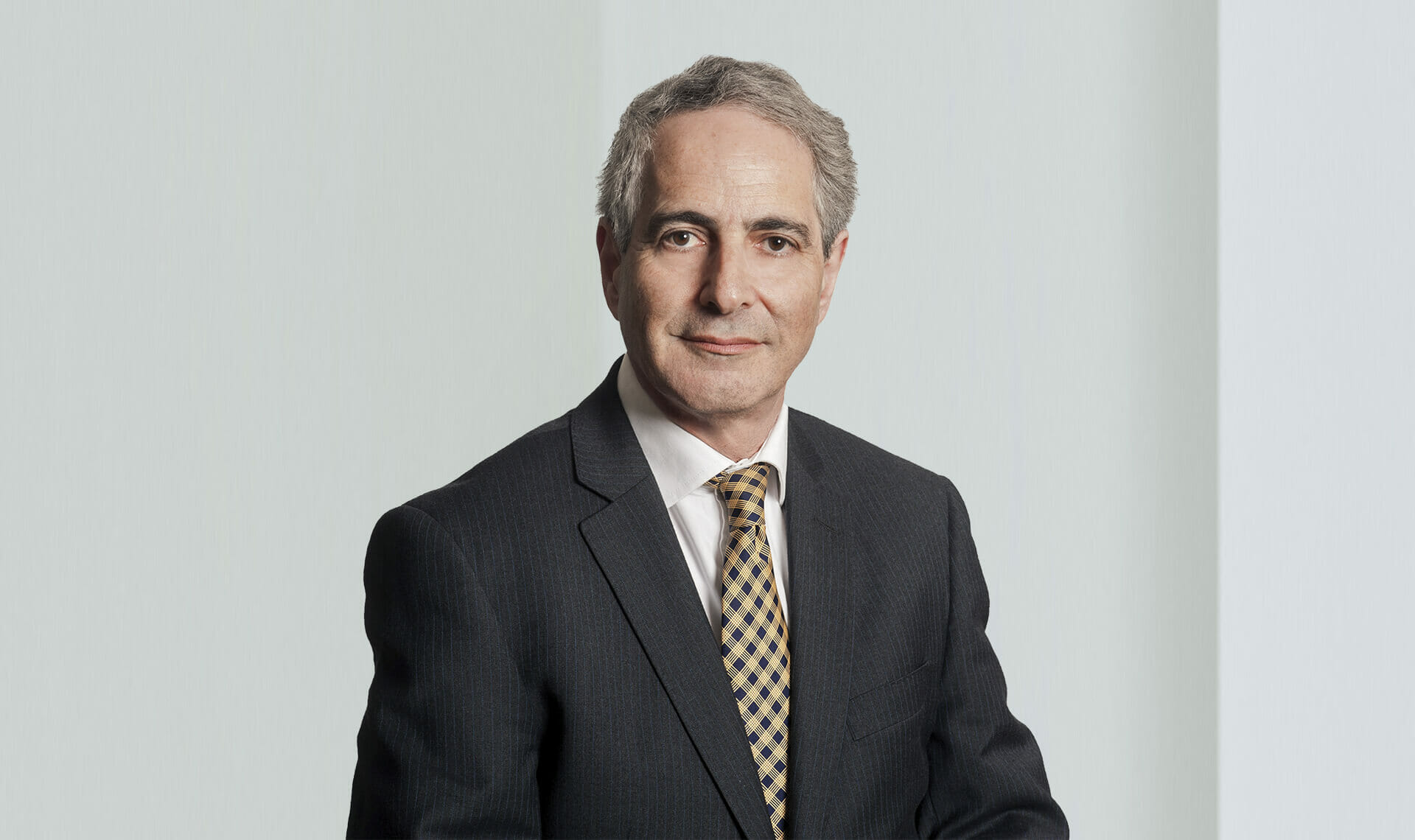 Clive Freedman's practice covers information technology, banking, building and engineering, and commercial fraud. He is particularly interested in cases involving IT (including internet, e-commerce and data protection), technical, scientific and accounting issues. He also deals with arbitration, expert determination, employment, insurance, oil and gas, professional negligence, sale of goods and international trade, and company law. He is a CEDR Accredited Mediator and a Chartered Arbitrator, and is named as a leading junior in Information Technology in the Chambers & Partners directory.

“A well-respected authority on matters such as e-banking and e-commerce, and a noted figure when it comes to arbitration and expert determination.” “He is ‘a big name in IT law,’ known for his thorough understanding of sophisticated technology.” “Probably the most technically gifted IT barrister at the Bar.” “He has a very good technical grasp and a very effective advocacy style.”
Chambers & Partners UK 2015

Clive’s main area of expertise concerns disputes about software development projects, and he has given talks on this subject to solicitors and groups such as the Society for Computers & Law.

He has also been instructed on disputes concerning web site design, intellectual property rights in computer software and databases (eg Allfiled UK Ltd v Eltis [2015] EWHC 1300 (Ch)), and regulatory matters such as electronic money and data protection. His fields of expertise include the General Data Protection Regulation – see separate section below. He also advises on cryptocurrencies and blockchain technology.

He also mediates and acts as arbitrator in these fields. He is a member of the Panel of Adjudicators for the Society for Computers and Law Adjudication Scheme.

He is named as a leading junior in the Chambers & Partners directory.

Clive has written articles published in the magazine of the Society for Computers & Law (eg Avoiding Pitfalls in IT Mediations, February/March 2004). An article on J Pereira Fernandes SA v Mehta [2006] EWHC 813 (Ch), [2006] 1 WLR 1543 was published in Computer Law & Security Report (2007, written with Jake Hardy of Reed Smith. Clive prepared the specimen pleadings on IT disputes for the 14th, 15th, 16th and 17th (2012) editions of Bullen & Leake & Jacob’s Precedents of Pleadings.

In June 2004 he became a Fellow of the British Computer Society, and from 2008 to 2013 was Chair of the BCS Disciplinary Panel.

He was a Trustee of the Society for Computers & Law from 2006 to 2017, and is now a Fellow of the SCL.   He is a Member of the Bar Council’s IT Committee, and has sat on committees concerned with the use of IT in the Courts (eg ITAC). He is a former Trustee of the British and Irish Legal Information Institute (www.bailii.org), and wrote the software for converting judgments to HTML for the BAILII web site.

Clive acted for a period as the Chambers network administrator. He has experience of a variety of applications, including programming for both Microsoft Windows and Linux (e.g. MS Visual Basic, HTML, Python, PHP, Perl, Javascript). Clive wrote the software for his Chambers’ Library bar-coding system. He produced a website to assist in identifying the exemptions and derogations from the GDPR which are contained in the Data Protection Act 2018. He set up the first Chambers web site.

Clive’s practice includes advising on data protection legislation. He contributed to the guidance on the General Data Protection Regulation for barristers generally which has been published by the Bar Council, and participated in lobbying the Government and MPs on proposed amendments to the Data Protection Bill when it was going through Parliament.

Clive is a Chartered Arbitrator, a member of the Panel of Adjudicators for the Society for Computers and Law Adjudication Scheme and an Arbitration panel member of the Kuala Lumpur Regional Centre for Arbitration.

He has been appointed as Arbitrator by the Chartered Institute of Arbitrators (a dispute concerning payment for professional services), by the British Computer Society (licensing of software), and by a party to a dispute (licensing of software). He was also the arbitrator in an ad hoc appointment concerning interpretation of a commercial contract. He has conducted two Early Neutral Evaluations for CEDR.

As Counsel he has been involved in a number of domestic and international arbitrations, including:

He has been instructed in disputes concerning expert determination in relation to:

Article in the New Law Journal, with Christopher Harris, on Ackerman v. Ackerman [2011] EWHC 3428 (Ch), [2012] EWCA Civ 768 (whether an expert in an expert determination had materially departed from instructions).

Clive co-wrote the chapter on electronic banking in Banking Litigation (edited by Hewetson and Elliott, Sweet & Maxwell, 1999, 2005 and 2011).

Clive has given talks on commercial fraud to firms of solicitors.

Clive has been involved in many cases concerning defect claims, loss and expense claims, extension of time disputes, and professional negligence allegations concerning architects, engineers and surveyors. Examples include:

Clive is a TECBAR approved Adjudicator.

Clive has dealt with many cases of alleged professional negligence.

Employment (breach of restrictive covenants and misuse of confidential information, including cases requiring an application for an interim injunction)

Company law (breach of directors’ duties and misuse of confidential information by directors, claims based on warranties in share sale agreements)

Sale of goods (including product recalls), and international trade

Insolvency (setting aside statutory demands, injunction against presentation of a petition, priorities between creditors)

Clive Freedman qualified as a CEDR mediator in 1997, and has conducted around 30 mediations. He has also carried out two early neutral evaluations through CEDR.

Most of the mediations conducted by Clive have concerned IT disputes, although he also mediates in other commercial fields. Clive believes that his professional experience in dealing with IT cases and IT clients and his own experience of computers, networks and programming assists parties in the resolution of disputes in this area. He has given talks on mediation of IT disputes.

He is available as a mediator to assist parties in reaching agreement in relation to the process of giving disclosure of electronically stored information.