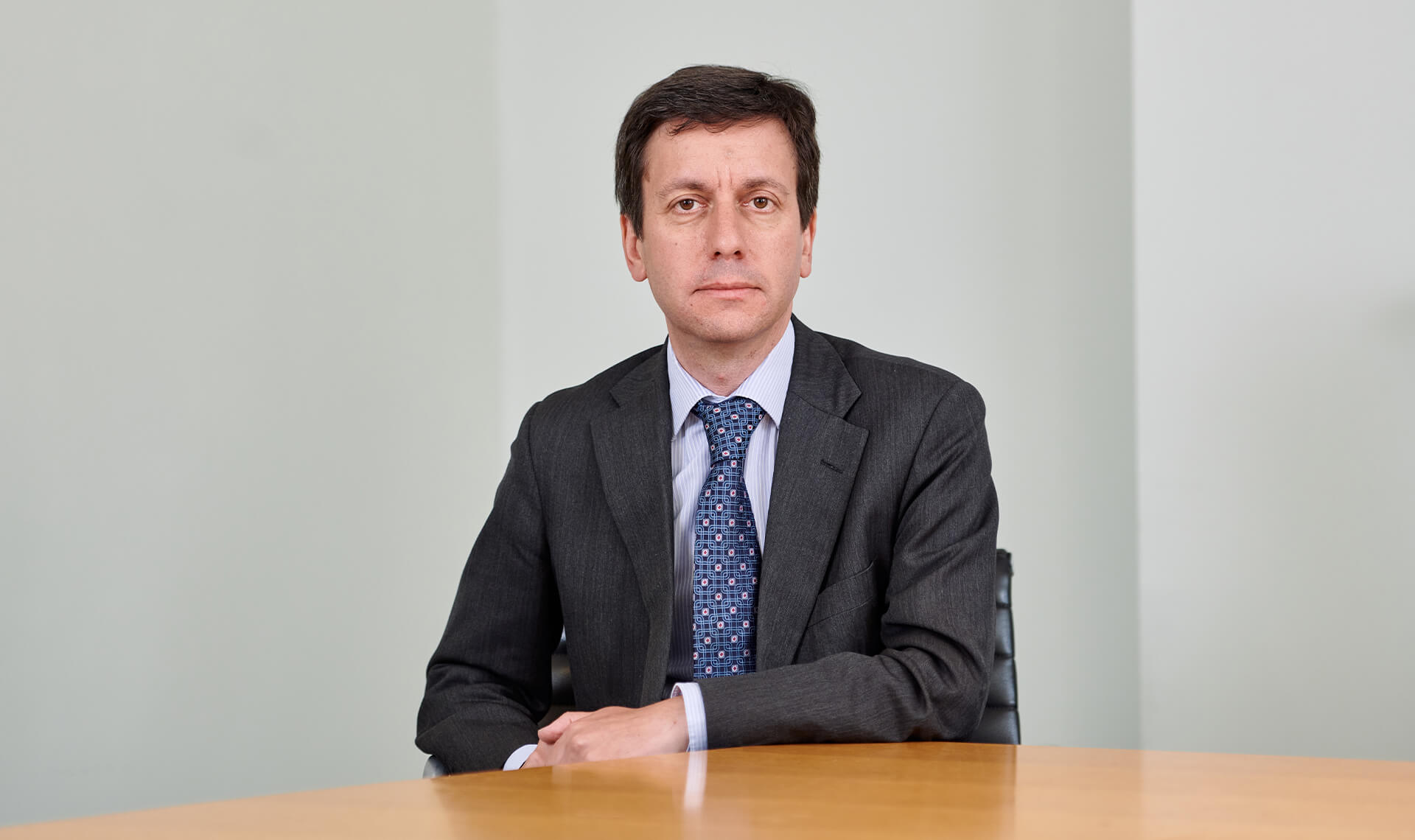 David is a leading commercial silk, with vast experience of complex, sensitive and high-value litigation and arbitration. He practises across the whole range of commercial disputes, with a focus on banking and finance; commercial and financial fraud; investments and joint ventures; international trade; technology and computing (including fintech, blockchain and cryptoassets); insurance and reinsurance; and professional negligence. He has a large offshore practice, particularly in the Cayman Islands, the British Virgin Islands, the Bahamas, and the United Arab Emirates. He is a skilled advocate (in court and arbitration) and a formidable cross-examiner, with a particular facility for handling complex financial and technical material.

David is listed in the legal directories as a leading silk in in commercial dispute resolution, banking and finance, civil fraud, insurance, cryptocurrency, offshore disputes, and Middle East work. Directory reviews describe him as “terrifyingly bright… one of the brightest Silks of his generation”, “phenomenally intelligent”, “pugnacious”, and a “superb cross-examiner” with “a strong courtroom presence and a no-nonsense style of advocacy”. He is “an excellent advocate, calm, clear and unfazed”, “can handle the most fiendishly complicated cases” and “brings a whole new perspective to solving really complex legal problems”, while being “very commercial and a team player” “user-friendly, client-focused and easy to work with”, “incredibly down to earth and not afraid to roll his sleeves up”, and “extremely hard-working”.

He is the 2021 Chambers and Partners Banking Silk of the Year.

David’s pre-eminence in banking litigation was recognised by the award of Banking Silk of the Year at the 2021 Chambers Bar Awards (having previously been awarded Banking Junior of the Year).

David is an expert in all aspects of commercial and retail banking, including investment advice and investment management, trade finance, product mis-selling, securities, syndications, bonds, derivatives, swaps (including under the ISDA Master Agreement), options, repos, structured financial products, and payment systems, as well as financial regulation.

Through his background in mathematics and computing, David has a particular interest in investment valuation and risk and other quantitative analytic issues; in blockchain technology and cryptocurrencies; and in the use of artificial intelligence applications in financial advice and trading (see below under technology).

He is co-author, with Ali Malek QC, of Jack: Documentary Credits (4th ed, 2009), the principal practitioner’s textbook on that subject; he has also contributed chapters to Banking Litigation (4th ed, 2017) and Capital Markets in the Age of the Euro (2002). He has lectured in trade finance at the London School of Economics, where he was a visiting fellow and external examiner. He was appointed counsel and special advisor to the UK Parliamentary Commission on Banking Standards in connection with their investigation into the collapse of HBOS.

David has acted in many of the largest, most complex and highest profile commercial fraud cases. Those have involved almost every aspect of financial dishonesty, including: bribery and corruption; forgery; cyber-crime and hacking; rogue trading; false accounting; falsification of trade and banking documents; share ramping; pyramid/Ponzi schemes; money laundering; and advance fee/prime bank instrument frauds. He has a deep knowledge of the use and misuse of accounting, banking and commercial practices, hacking and cyber fraud, and the use and misuse of cryptocurrencies. He is very experienced at obtaining or opposing asset freezing orders or other urgent injunctive relief and at enforcing or resisting asset recovery claims against in multiple jurisdictions.

Examples of recent or current instructions include acting:

David is one of the very few barristers with real expertise—both technical and legal—in cryptoassets. He is ranked as a band 1 leading silk in cryptocurrency in Chambers & Partners 2022, where he is described as “extremely bright and able to give highly complex analysis in a very digestible format that speaks to the technology community. He is approachable, friendly on the advisory matters, but also fiercely intelligent.”

He is a lead author of the landmark UK Jurisdiction Taskforce (UKJT) Legal Statement on Cryptoassets and Smart Contracts, which sets out the law on the proprietary status of cryptoassets and the enforceability of smart contracts and has been endorsed by courts in England and around the world. He is also a lead author of the UKJT Digital Dispute Resolution Rules, a ground-breaking set of arbitration rules aimed at digital transactions. He continues to be closely involved in UKJT projects, and in the work of the University of Oxford Digital Assets Project.

David has a strong mathematical and computing background. He graduated in mathematics from Trinity College, Cambridge. He worked in the research and development centre of ICL Mainframe Systems (now part of Fujitsu) developing software for the automated design of computer logic and memory components, receiving an SB Marsh Scholarship. He has maintained a close and keen interest in computing and technology. He is fluent in Python.

For many years, David has written and lectured on legal aspects of cryptoassets and blockchain. He has spoken at conferences including Secured Transaction Law Reform (University of Leeds School of Law); Fraud, Asset Tracing and Recovery C5 (Geneva); London International Disputes Week; The Future of Distributed Ledger Technology (University of Cambridge Isaac Newton Institute for Mathematical Sciences); he also regularly gives educational seminars, at all levels, to law firms and other organisations (including the Serious Fraud Office).

While fintech is a particular interest, David practice covers the whole range of technological and industrial disputes. He has previously acted, in court and arbitration, in cases concerning failed or cancelled software/hardware projects; telecommunications, satellites, oil and gas exploration, power generation, energy infrastructure, and chemical engineering.

David acts in all kinds of insurance disputes, for or against insureds, insurers, reinsurers and retrocessionaires, brokers and coverholders. He is familiar with the operation of the main insurance markets, including Lloyd’s, having been instructed variously for members’ agents, managing agents, syndicate auditors, brokers, syndicates and individual names.

David’s professional negligence practice is focused on lawyers, accountants, actuaries and brokers. A particular area of expertise is in relation to professional conflicts of interest: he was junior counsel in the House of Lords in Prince Jefri v KPMG, the leading case in the area, and in a number of subsequent cases, and has often been called on to act for or advise professional firms or their clients where a potential conflict has arisen.

A significant part of David’s practice involves arbitration rather than litigation. He has represented clients in major arbitrations under various institutional rules, including ICC and LCIA, in various countries. He was previously a supervisor and external examiner for commercial arbitration dissertations at the London School of Economics.

PCP Capital Partners v Barclays [2021] EWHC 307: successful defence at trial of a £1.5bn fraud claim arising out of the recapitalisation of the Barclays by Qatar and Abu Dhabi during the financial crisis.

Enigma v Boulter (ongoing, Cayman Islands/England): acting for entrepreneur Harvey Boulter in his defence of fraud proceedings arising out of the collapse of a medical/military technology company.

Qatar v Banque Havilland (2021): defending Banque Havilland against a claim by the State of Qatar alleging participation in an international banking conspiracy to manipulate the financial markets as part of the Arab Blockade.

Algosaibi v Saad (2017, Cayman Islands): $9bn fraud claim by the Algosaibi family of Saudi Arabia against the Saad group; with 129 days in court, this was one of the largest fraud cases ever tried.

Stati v Kazakhstan [2020] EWHC 916: acting for the Republic and National Bank of Kazakhstan in their successful defence of cross-border proceedings to enforce a $500m arbitration award.

NMC Healthcare v Dubai Islamic Bank (ongoing, Abu Dhabi): dispute between the administrators of the collapsed NMC Healthcare group and its former financing bank over the validity of security arrangements.

Kwok v UBS (ongoing): acting for UBS in its defence of a $500m claim by a billionaire investor.

Berkeley Square Holdings v Lancer [2021] EWCA Civ 551: acting for companies owned by the Emir of Abu Dhabi in a bribery and fraud claim against their portfolio managers

Nexo v Shulev (ongoing): dispute between a digital asset financing platform and its former director over the ownership of cryptocurrency.