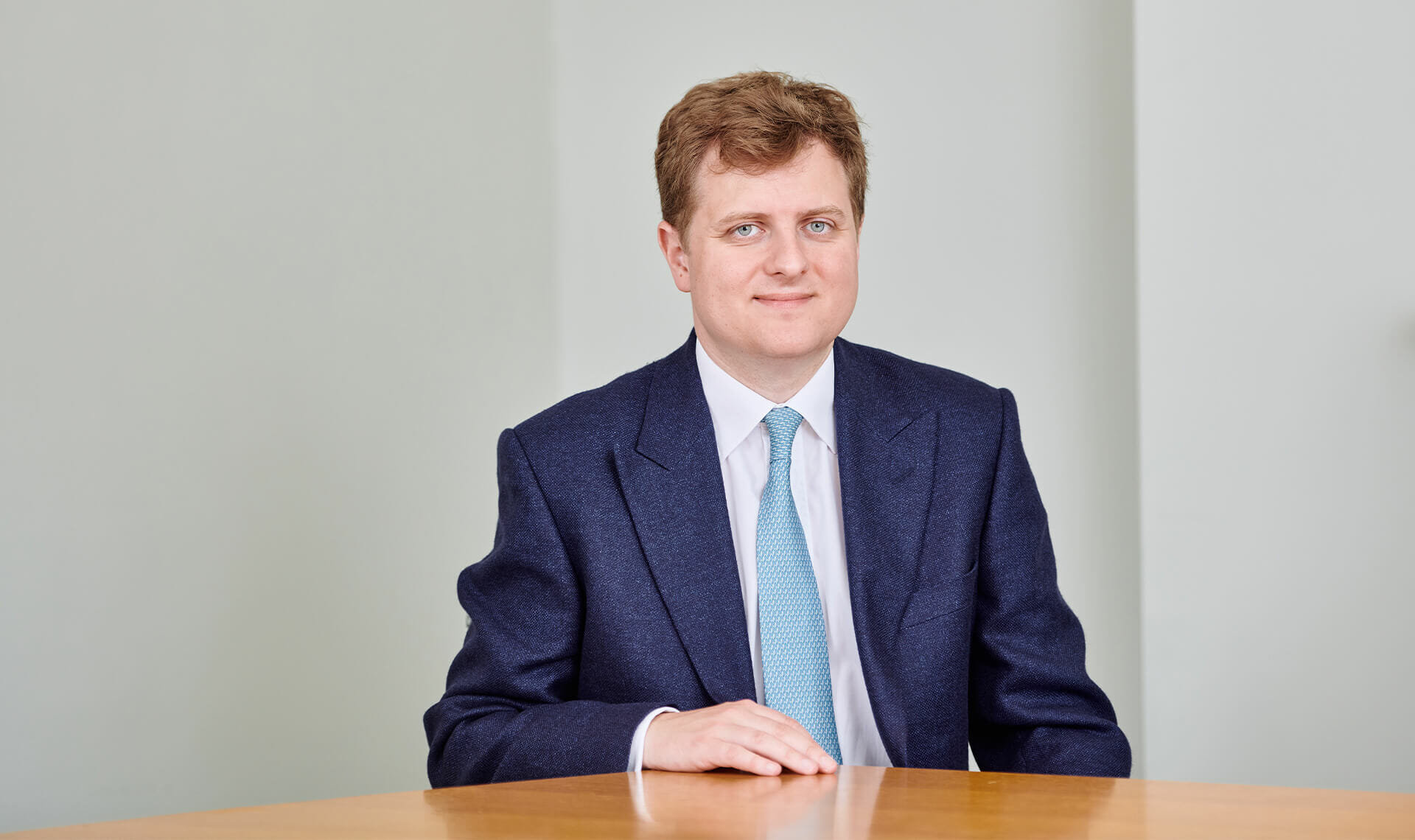 William is a versatile barrister with extensive interlocutory, trial, and appellate experience. His practice spans all aspects of commercial litigation and arbitration. He has particular experience in banking and finance disputes, commercial fraud cases, and company law and insolvency matters. A number of his cases are cross-border in nature and raise complex jurisdiction and choice of law issues.

Ranked as an up-and-coming junior in Chambers & Partners and a rising star in the Legal 500 for commercial litigation, banking and finance, and insolvency, William is described as “indisputably a future star of the Bar”, “ferociously clever” and “unbelievably smart and hard-working”, an “absolute pleasure to deal with”, “very responsive”, “very energetic and intellectually agile”, “very contactable, approachable and a real team player”, who “gets through an incredible workload” and whose “pleadings and written work product are outstanding”.

William’s current and recent instructions include appearing for Stonegate in a £1.1bn Covid-19 business interruption insurance claim; acting for Dubai Islamic Bank in a $400m dispute arising from the NMC Healthcare fraud; appearing for investors in the £1.3bn Eclipse litigation against HSBC; acting for liquidators in a US$1bn asset tracing exercise arising from an alleged fraudulent default under precious metals facilities; and defending IIFL Wealth in a high profile £50m claim relating to German financial services company, Wirecard.

William’s practice is focused on proceedings in the English courts but, in addition to regularly acting in international arbitration, William has been instructed in offshore proceedings including in the Bahamas, Dubai International Finance Centre, and the Abu Dhabi Global Market.

Alongside practice, William is a Fellow in Law at Downing College, Cambridge (see here) where he teaches commercial law and other private law subjects. He has published widely on commercial law, and his work has been cited by and to the Commercial Court, Court of Appeal and Supreme Court. His published work on economic duress was praised as “excellent” by Lord Burrows in the Supreme Court’s decision in Pakistan International Airline Corp v Times Travel [2021] UKSC 40, [2021] 3 WLR 727. A book on landmark cases in private international law is due to be published next year (see here).

William was previously a solicitor at Allen & Overy, where he worked on a range of commercial disputes with an emphasis on banking and finance litigation. He has also acted as a judicial assistant in the Chancery Division and has been seconded to the in-house litigation team at Credit Suisse.

William is regularly instructed led and unled to act in a range of commercial disputes in the Commercial Court, the Chancery Division, the Commercial Circuit Court and in LCIA, ICC, SIAC and ICSID arbitrations.

Before transferring to the bar, William was a specialist in banking and finance litigation, and financial services disputes as a solicitor at Allen & Overy. Since transferring to the bar, he has appeared for numerous banks including Deutsche Bank, RBS, NatWest, Lloyds, Barclays, Santander and HSBC in retail and commercial banking cases. He is also instructed by the Financial Conduct Authority on contentious financial services matters.

Much of William’s practice involves disputes at the cross-over between finance, fraud and insolvency. He has a wide-ranging experience of commercial fraud cases, including acting led and unled in a number of applications for freezing and prohibitory injunctions and search orders.

William’s experience encompasses liquidations, administrations and bankruptcies, including not only bankruptcy and winding up petitions, but also applications to challenge officeholder decisions, to reverse transactions at an undervalue, to restore companies to the register at Companies House, and to access a company’s register of members. William also has been instructed in restructuring matters, including schemes of arrangement.

William has a particular interest in the conflict of laws, and receives regular instructions on jurisdictional and choice of law matters. He won the John Morris Prize for best performance in the subject in his postgraduate studies at Oxford, and has also published on topical jurisdiction and choice of law issues.

William has published over 40 chapters, articles, notes and reviews in books and in journals including the Cambridge Law Journal and the Law Quarterly Review on a range of commercial law subjects.

William edited, with Professor Sarah Worthington, Challenging Private Law (Hart 2020), a collection of essays to mark Lord Sumption’s retirement from the Supreme Court (see here). William contributed chapters on contract variation and waiver and proprietary restitution. William is currently finalising a second book with Professor Louise Merrett on Landmark Cases in Private International Law (Hart 2023). William is also under contract to write a book on commercial law in the Key Ideas in Law series, due 2023.

Other recent publications include:

William’s full publication record can be found on Downing College’s website, where he is a Fellow in Law alongside practice (see here).