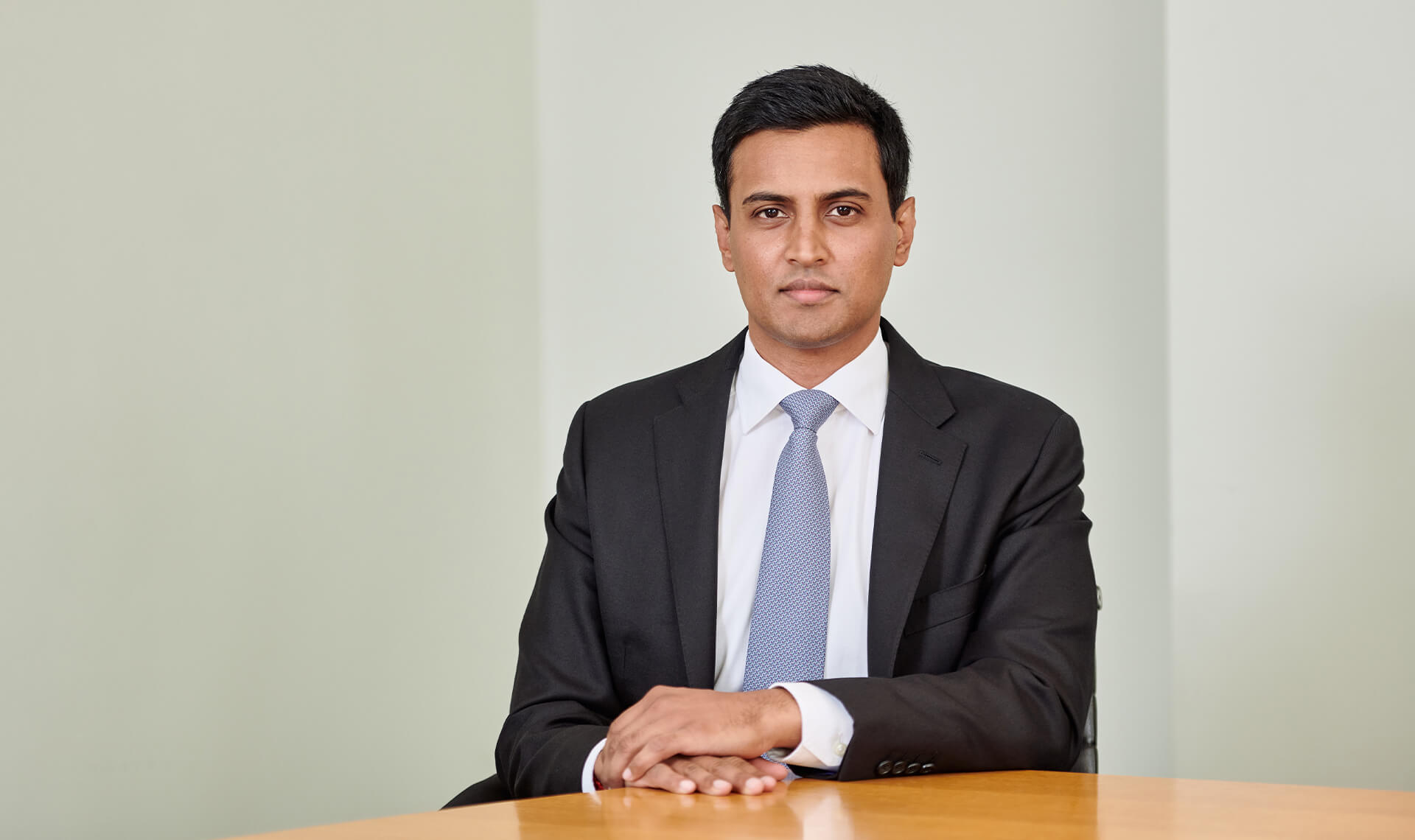 He appears as sole and junior counsel in a number of high-value and complex commercial disputes in the English courts, international courts and arbitrations. Much of his practice includes an international element and he has recently undertaken cases (both litigation and advisory work) in a number of jurisdictions in the Middle East (UAE, Oman, Saudi Arabia, Bahrain and Kuwait), the Far East (Malaysia, Hong Kong and Singapore), Europe (the Netherlands, France, Switzerland and Cyprus) and Africa (Mauritius). He is also regularly instructed in cases before ad hoc  and specialist bodies such as INTERPOL and World Check. Yash has been called to the Bar of the British Virgin Islands (2021).

Yash is a contributing editor to many publications, including the Contract and Financial Services volume of Atkin’s Court Forms, Jordan’s Regulatory and Disciplinary Proceedings and Butterworths Financial Regulation Service.

Yash is experienced in acting in a wide range of banking and financial services cases, both contentious and non-contentious. He is regularly instructed to act for individuals, firms, investors and regulators in relation to the FCA regulatory framework, FSMA regulation, typical banking disputes, market abuse, mis- selling of products, listings, takeover and mergers, securities and derivatives, loan and a guarantee agreements, LOCs, claims of misrepresentation and judicial review. His work in relation to banking and financial services is divided equally between domestic and international work. Yash has worked on banking and financial services cases in other jurisdictions such as Dubai, Switzerland, Kuwait, Bahrain, USA, and Saudi Arabia.

Yash has a commercial practice conducting large scale, high-value, multi-party and complex cases. His focus over the last 12 months has been equally divided on cases before the English High Court or above, International Courts (such as DIFC and ADGM) and in arbitrations.  He regularly appears in cases relating to:

Over the last 12 months, Yash has acted in a number of international cases, particularly in the Middle East (UAE, Oman, Bahrain, Kuwait, Saudi Arabia, Egypt and Iran), the Far East (China, Hong Kong, Singapore, Malaysia and Thailand), Africa (Mauritius) and Europe (Cyprus, Switzerland, Germany, France, and the Netherlands). As a result of his international work, he has been instructed in matters before other national Courts (including the High Court and, Appeal Court and Supreme Court),  in specialist courts such as the DIFC and ADGM Court  and in a number of arbitrations, both ad hoc and under institutional rules, including arbitrations under ICC, GCC,  LCIA, DIAC, BCDR, SIAC and ICSID rules.

Yash has expertise and experience in dealing with cases giving rise to issues of disclosure and privilege (including LPP, CIP and PASI). He is also regularly instructed to act in interim applications in cases, whereby there is a need to obtain freezing injunctions, Norwich Pharmacal orders, search orders and other disclosure orders where these issues constantly arise.

Yash’s regulatory and disciplinary work includes acting for individuals, professional and regulatory bodies, firms and government departments. He has been in instructed in various professional disciplinary proceedings, including proceedings where allegations of misconduct, breaches of professional codes of conduct, conflicts of interest and the consequences of adverse findings by other regulators have arisen.

He is also a contributor to Jordan’s Regulatory and Disciplinary Proceedings.

Yash is a counsel of choice for the Solicitors Regulation Authority and regularly acts in disciplinary proceedings, in applications before the High Court,  in appeals, as well as undertaking advisory work. He also advises individuals, firms and the regulator in respect of legal services regulation.

Yash practises in all areas of financial services regulation, including advising firms on compliance, investigations and anti-money laundering issues. His recent work includes cases dealing with Interest Rate Hedging Products, advising the leading Pay Day Lender in relation to issues concerning the FCA, FOS  and the CMR. For further information on this type of work, please see the Banking and Financial Services section of his profile.

Yash has acted in a number of energy disputes, often with a commercial element to the cases. He conducts work in the energy sector from across the range of gasoil regulation, environment, procurement / corruption and commercial disputes. His recent work within the energy sector has been focused on oil and gas related matters.

Prior to joining the Bar, Yash worked in the Information Technology industry with a focus on e-commerce and web-based services. He was granted an award by Ernst and Young in recognition of his efforts in this field. His previous experience has aided him in his work at the Bar when acting in cases concerning I.T issues.

Yash is committed to Pro Bono work in all areas of his practice and is keen to assist those who cannot afford to pay for legal advice representation. He volunteers on behalf of many charities and offers assistance at legal advice clinics, as a member of the Bar Pro-Bono Unit’s panel and a Free Representative Unit representative in both employment and social security matters.

Yash is fluent in French, Hindi, Urdu and Creole.

Yash has lectured students and other legal professionals and is experienced and happy to provide in-house training. Recent topics have included: the rule of privilege against self-incrimination; third party disclosure orders in fraud claims, injunctions in aid of foreign proceedings, disclosure orders and contempt applications arising in fraud claims.