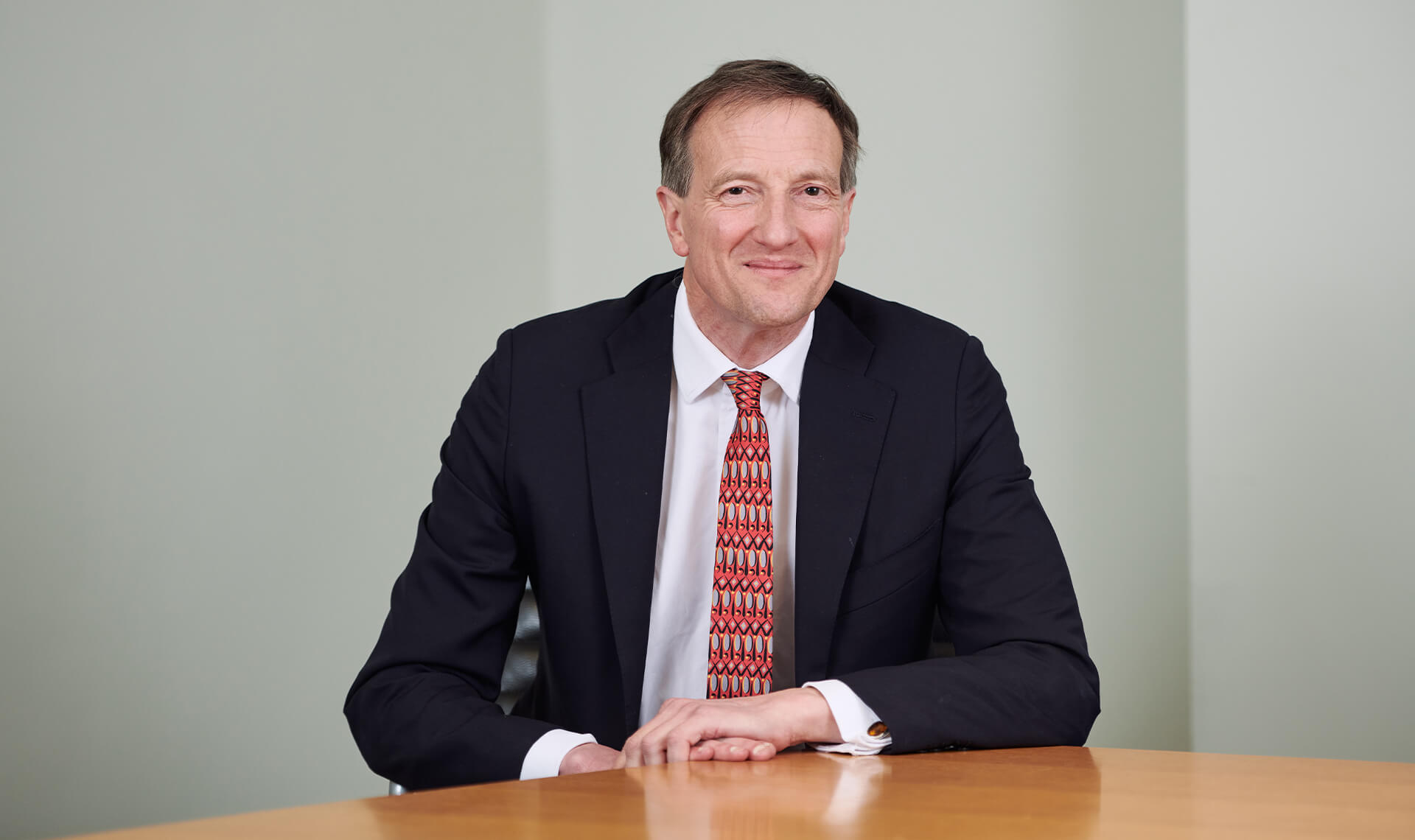 “Excellent on the analysis, he understands the commercial aspects of a case and is a brilliant all-round performer.” “He has a wealth of knowledge relating to civil recovery, is extremely responsive and always goes the extra mile.” - Chambers & Partners 2022

Andrew Sutcliffe KC is an experienced litigator with a broad commercial practice, ‘commended for the quality of his work and the tenacity he shows when handling it’. He is ‘technically excellent but his particular strength lies in the courtroom. His style is clearly welcomed by judges and his cross-examination technique is both incisive and thorough’. Andrew is praised for his ‘excellent advocacy, dedication and support – a real team player’. His distinctive style separates him from the pack and he is considered ‘ruthlessly effective in battle’ by those who have seen him in action. He may be ‘absolutely charming’ but he is ‘more than capable of putting the boot in when necessary’. He has an extensive banking practice, acting both for and against financial institutions, is ‘one of the best around’ when it comes to commercial fraud and has acted in many of the leading entertainment disputes over the years.

Arbitrations in which Andrew, a member of the LCIA, has been instructed include:

Andrew has consistently been nominated as a leading silk in banking and finance by Chambers & Partners and Legal 500, having regularly acted and advised in domestic and international banking and financial services disputes involving all aspects of taking and enforcement of credit and security, matters involving conversion claims, prime bank instrument fraud, guarantees, bills of exchange, letters of credit, bonds and derivatives. He deals with banker-customer and inter-bank disputes, and many of his cases are concerned with the consequences of fraud. He also has particular expertise in the payment processing industry, having represented Barclaycard at trial in two leading cases in this field and advised card issuers and PSPs on a wide range of legal and risk issues.

‘Andrew Sutcliffe QC … is one of the ‘go-to’ QCs for banking litigation matters… Andrew has notable experience of handling interest rate swaps mis-selling claims, he is praised for his client-handling skills and his ability to take on large, complex cases.’ Chambers & Partners 2014

Sisters of Charity of Jesus and Mary v Morgan Stanley: acted for >130 noteholders under an ISDA swap  in Commercial Court proceedings against Morgan Stanley with claims of over $20m based on delay in termination for downgrade.

Andrew is recognised as a leading silk in commercial fraud by Chambers & Partners and Legal 500.    He has extensive experience of fraud and asset tracing work (domestic and international) including obtaining urgent interim relief – in particular without notice freezing injunctions and search orders – and other asset tracing remedies.

A good proportion of Andrew’s fraud practice is focussed on handling asset recovery claims on behalf of the National Crime Agency. He has also advised the Serious Fraud Office in cases involving proceeds of crime and advises professionals and institutions in relation to their POCA duties.

“We take a very collaborative approach and [Andrew] works incredibly well as part of the team.” “Clear thinking, wise and approachable”.Chambers & Partners 2015

Andrew has extensive experience of heavyweight commercial disputes, in the Commercial Court, Chancery Division and in arbitrations. Chambers & Partners (2014) comment:“A specialist in commercial litigation and arbitration, Sutcliffe is commended by market observers for the quality of his work and the tenacity he shows when handling it”. He is recognised as a leading silk in Chambers & Partners 2015 and Legal 500 2015.

Notable and recent cases in which Andrew is and has been instructed include:

Acting for former shareholders of an advertising agency in claim for deferred consideration arising out of a share sale and purchase agreement.

Acting for Turkish distributor in two related Commercial court actions involving the operation and termination of a distributorship agreement.

Russell Dover v British Airways (UK) Plc – expert witness in English law in New York proceedings; instructed by members of BA’s executive club to assist New York court in determining whether BA has breached the terms of its Executive Club Contract by the manner in which it charged fuel surcharge

Advised Government department in 2006-7 on wide range of complex contractual and strategic issues arising from substantial, multi-faceted IT project.

Insolvency work combines with other specialist fields of Andrew’s practice. He acts for and against liquidators, administrative receivers and trustees in bankruptcy in cases involving insolvency and corporate restructuring.

Notable cases and current instructions include

Hammonds v Pro-Fit USA Ltd: acting for company in resisting application for administration order by its former solicitors whose debt was disputed.

Fraser v Oystertec Plc & Davidson: acting for claimant in setting aside as null and void agreement by which company was deprived of valuable patent on its insolvency.

Andrew has long been recognised as a leading silk in entertainment law and has appeared in many of the leading cases in this field. He advises publishing companies, record labels and collecting agencies on a range of copyright and contractual issues. His cases typically involve copyright and related rights, and contractual disputes in the music, film/TV, theatre and new media industries. His work also involves claims for injunctive relief to restrain breach of confidence and passing off. His recent work includes

Andrew is ranked as a Leading Silk in Media and Entertainment in Chambers & Partners (2015), described as “extremely bright, highly commercial and good with clients’.

Andrew has been an accredited CEDR mediator since 2000 and has acted as mediator in many commercial mediations, involving media and entertainment, IP, breach of contract, insurance, re-insurance, professional negligence and banking law. Recent mediations in which Andrew has been the mediator and achieved a successful resolution include:

Andrew is recognised in Legal 500 (2015) as a leading silk in Professional Negligence. He has extensive experience of acting in disputes concerning the liability of professionals, particularly lawyers, accountants and actuaries. He is regularly asked to advise professionals or their clients where a confidentiality or potential conflict issue has arisen. Andrew acts for claimants and defendants in claims against solicitors and barristers, including claims arising from commercial and property transactions, fraudulent investment schemes, lost or mishandled litigation.