3VB is delighted to announce that Mark Wassouf has joined Chambers today. He joins our increasingly prominent international arbitration team. Mark, who initially practised as a solicitor at Freshfields Bruckhaus Deringer’s renowned Public International Law and International Arbitration team, has been at the Bar since 2014. He has quickly developed a busy practice focussed on investment treaty and commercial arbitration in a range of industry sectors, including banking, agriculture, oil and gas, and communications. He is regularly instructed and led by some of the top arbitration practitioners in the world, including leading arbitration specialists, Three Crowns LLP.

Mark also has strong and complementary practices in commercial litigation, public international law and public inquiries. Mark is now working as junior counsel to the independent inquiry into child sexual abuse in England & Wales with particular responsibility for the investigation into institutional failures associated with offending outside the United Kingdom.

A fluent Arabic speaker, Mark has particular experience in cases involving Middle Eastern and North African jurisdictions. He is currently acting for the Sultanate of Oman in response to an international claim brought by Middle Eastern investors; he has advised two GCC states on public international law matters and has acted for claimants in investment claims brought against the Republic of Egypt and the Republic of Algeria.

Mark joins a dynamic international arbitration team at 3VB that has a growing array of outstanding members and associate members, from junior barristers to the most senior Queens’ Counsel and Senior Counsel, working under all the major rules and in all the major arbitration seats as both counsel and arbitrators.

3VB’s Joint Head of Chambers, Adrian Beltrami QC, said: “On behalf of all of Chambers, I am very pleased to welcome Mark to 3VB. He has, in a short space of time, already developed a most impressive track record. He will fit neatly into our complementary practice areas and I am sure that he will build quickly on his success.”

Constantine Partasides QC, a founding partner of Three Crowns LLP, said: “Mark and I have worked closely together for a number of years. He is a high-octane practitioner, and is a natural fit with our other friends at 3VB.”

Another of Three Crowns’ founding partners, Jan Paulsson, added: “Mark’s fluency in Arabic, coupled with his first class training and experience, puts him in an almost uniquely useful position in relation to Middle Eastern work, something I have seen first-hand in my work with Mark. His move to 3VB – to join one of the leading arbitration teams at the English Bar – will stand him in good stead to develop his practice further.”

Garreth Wong, partner at Bird & Bird said: “Mark is a thoughtful and meticulous junior barrister who is increasingly making his mark in arbitration circles. His move to the rapidly growing and high-calibre arbitration team at 3VB is good news, and I very much look forward to working with him.” 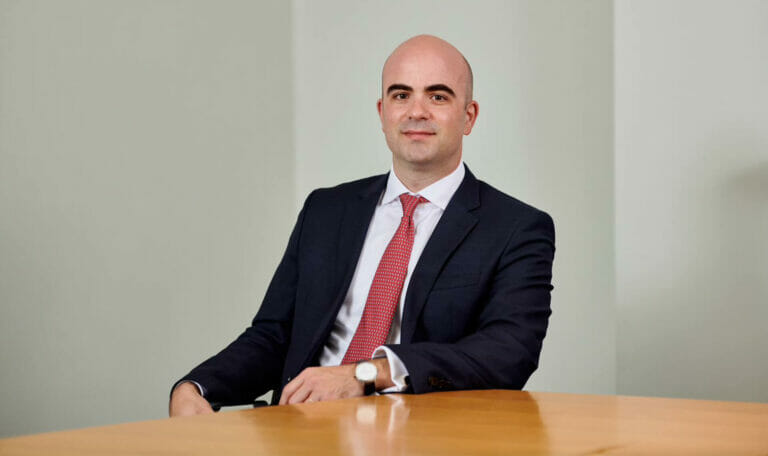