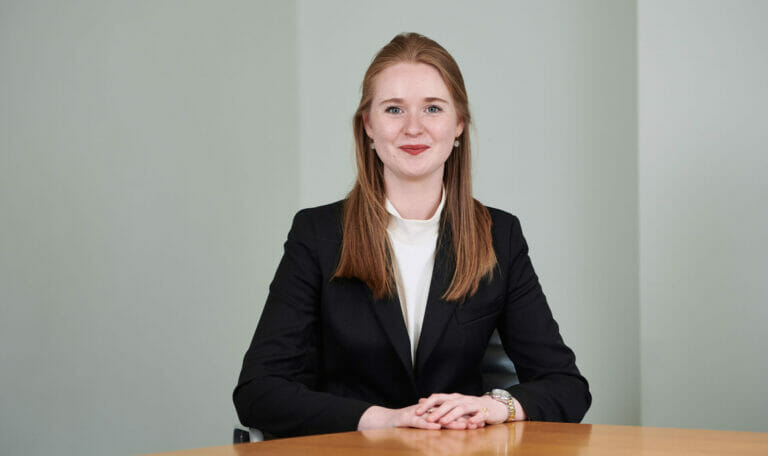 Before law, I studied History at Oxford. In my final year, I went along to a couple of careers events being hosted by commercial chambers. Wowed by the barristers I met, I decided to pursue a career at the commercial Bar. Four years later, I joined 3VB as a tenant. That may sound straightforward enough, but as anyone who has applied for pupillage will know, it’s a long and difficult process. And then there’s the pupillage year itself. For anyone embarking on this process, particularly if you’re interested in joining 3VB, here are three key things I have learnt along the way which it might help you to know now.

You don’t need a law degree

As I say, my undergraduate degree was in History, not law, which meant I had to do the GDL. Concerned that I didn’t have an academic legal background, I then signed up for the integrated BPTC/LLM, writing a dissertation on the writ ne exeat regno (more commonly known as a passport order).

In retrospect, there was no real need to worry about not having done an undergraduate law degree. Many chambers (including 3VB) actively encourage applicants who are on, or have already completed, the GDL. In truth, the commercial Bar lends itself to those with a strong academic background of almost any kind.

When it comes to assessments and interviews, chambers will give you the material you need to answer the question, which helps to standardise the process. As a GDL student, you may need to pay closer attention to these materials than if you already know buckets of law. So long as you consider these materials carefully, and deploy them in a way which demonstrates good judgment and commercial sense, you have every chance of succeeding as someone with a BCL or a PhD. Ultimately, chambers are looking for the potential to be a great commercial barrister, not necessarily the finished product.

Ask questions and work out what we actually do

Coming from a non-legal background, it took me a while to understand that the commercial Bar encompasses many different kinds of work. Nor did I understand what people meant when they talked about “pure commercial” versus “commercial chancery” practice. At first, I was reluctant to ask what these terms meant. It felt as though everyone else in my GDL cohort already knew, and that I just must have missed the lecture where they covered these things.

It took time for me to push through the imposter syndrome and to start asking questions. Mini-pupillages are a good time to ask about the kind of work your supervisor does and what their experience of the job has been. That way, when it comes to pupillage applications, you will be in a better position to explain, with conviction, why it is that you want to practise that particular kind of law at that particular set of chambers, which is key.

It took me a while to work out exactly what I wanted to do (and I am still working that out!). That is perfectly normal, particularly if you didn’t study law as an undergraduate. One of the reasons that I waited until my BPTC year to apply for pupillage was that I felt I needed more time to understand the anatomy of the commercial Bar and where I would best fit in.

By the time I had finished the GDL and completed 3 or 4 mini-pupillages at different commercial sets, I had a much better understanding of the different kinds of commercial work out there (shipping, insurance, banking, financial services, civil fraud, insolvency, professional negligence, etc.). By then, I had worked out that I was most interested in cases which required me to get to grips with complicated financial concepts and/or involved allegations of dishonesty (i.e., civil fraud) or professional misconduct. I also knew that I wanted a practice with a mix of high-quality led and un-led work. I felt that 3VB would be an ideal fit, which I’m sure helped me in terms of both motivation and performance at interview.

I would caveat all of this by saying that I have a number of friends who were successful in applying for pupillage during their GDL year. If you have a strong academic background and the motivation to work quickly to build your CV to where it needs to be (e.g., by taking part in mooting competitions and undertaking other relevant experience), then there is no reason why you should not apply for pupillage during your GDL year if, indeed, that is what you want to do.

Chambers want you to succeed

There is a tendency to feel as if everything you do is under scrutiny as a pupil. In many ways, it is. But it is important to realise that chambers have invested in you, meaning that they want you to succeed.

Ultimately, what matters is the quality of your work and whether you will be able to forge good relationships with solicitors so as to be an asset to chambers. There is no hidden agenda. Of course, the experience can be very intimidating, especially the first few weeks of pupillage when chambers is still a new and foreign environment. But trust me it gets better!

It can be easy as a pupil to fret about the small things: when you had to ask which textbook to look in; when, in a moment of panic, you forgot your supervisor’s name; when you were late one day because your alarm didn’t go off. When that happens, my advice is to sit quietly and ask yourself whether, as a whole, you still feel as if you are working hard and producing good work. If the answer is yes, it’s probably time to cut yourself some slack.