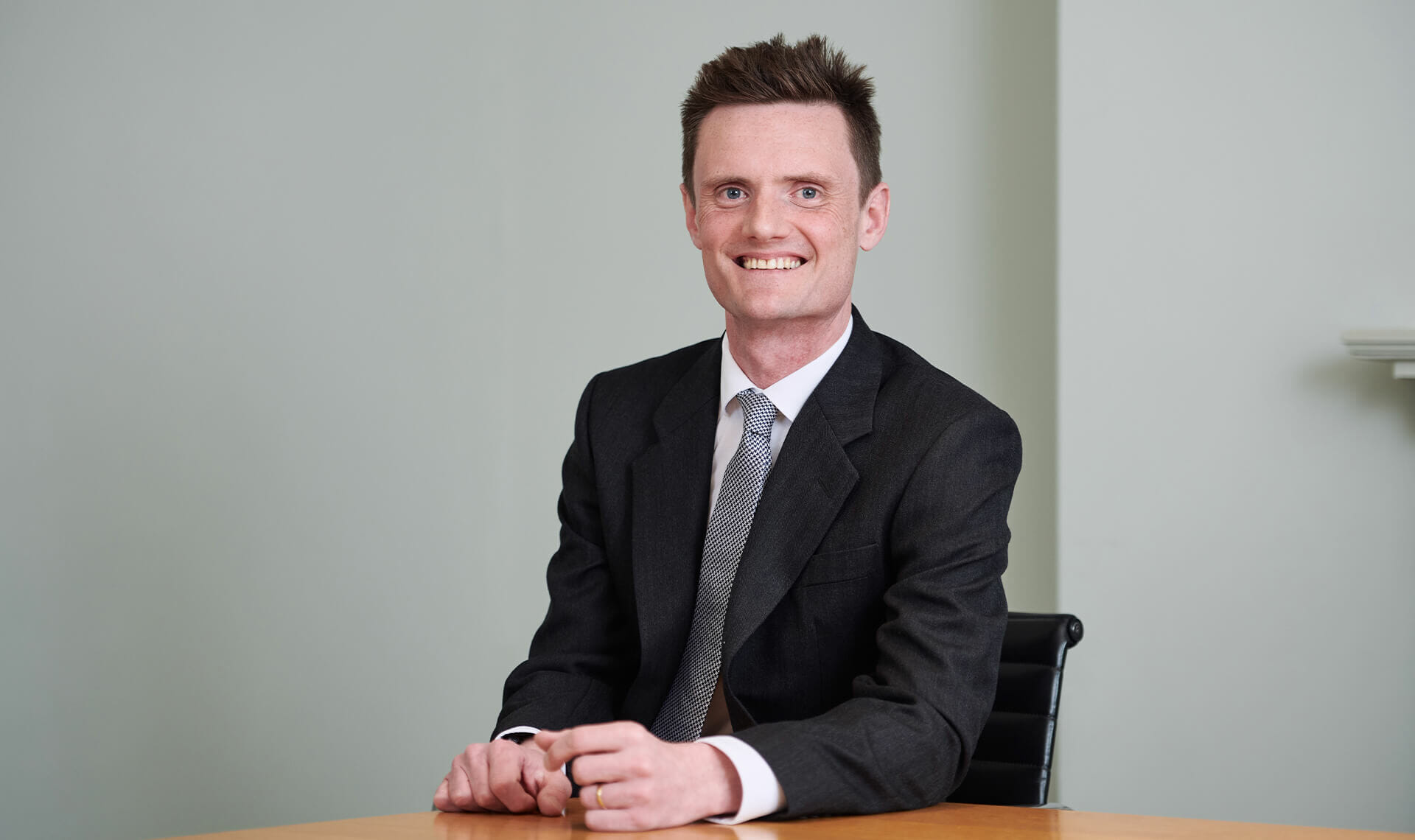 George is recommended in the directories for his all-round abilities (“excellent”; “outstanding”’; “technically very strong”; “strategically strong”), the quality of his written work (“exceptional”) and his diligence (“a very thorough and clever lawyer”) and approachability (“very personable and user-friendly”).

George is equally comfortable as a member of a larger counsel team or as sole advocate. He frequently represents clients in the High Court and has appeared on several occasions (as junior and advocate) in the Court of Appeal. He has also been called to the BVI Bar.

In recent years, George has been instructed as a senior junior in some of the largest and most complex commercial cases. A significant proportion of his time since 2018 has been spent acting in the massive SKAT litigation for ED&F Man (one of the principal non-fraud defendants), which has seen George appear as advocate at hearings alongside numerous QCs. He is also acting for Oliver Nobahar-Cookson in his long running shareholder dispute with The Hut Group, he represented Berkeley Square Holdings in its substantial fraud claim against Lancer (including a landmark strike out application in relation to the scope of without prejudice privilege, which went to the Court of Appeal in December 2020) and he recently acted for the Liquidators of TMO Renewables Limited in a claim against its former directors for breach of their statutory duties, which culminated in a four week trial in March 2021.

George frequently advises on procedural issues: over the last year he has appeared in two appellate cases addressing different aspects of the law of privilege.

George’s experience in this field covers a wide range of different aspects of investment and retail banking and financial services.

Promissory notes and letters of credit

Taher v Ikon Finance (2019): issues relating to (1) the proper construction of and (2) default under promissory notes arising out of a settlement agreement.

For many years George has acted for HNWIs and SMEs in (1) litigation (2) the FCA review and (3) Financial Ombudsman complaints in relation to the alleged mis-sale of complex interest rate hedging products (including issues relating to credit limit utilisation (CLU), GRG, and LIBOR manipulation). Notable examples include:

Tuvana v Barclays (2013-2015). £50m claim in Chancery Division arising out of alleged fraudulent manipulation of LIBOR. Described in The Times as “…one of the largest lawsuits over mis-selling of hedging products to come to court” (4 April 2015).

Conversion of cheques/monies had and received

Customer v Bank (2015). Claim against bank in conversion for cashing of cheques with value over £1m after customer defrauded by third party. Issue relating to (1) whether customer remains true owner of cheques and (2) scope of bank’s defence under section 2 of Cheques Act 1957.

IXIS v Corporate & Investment Bank v WestLB AG & others (2006/07). Substantial Commercial Court claim arising out of the collapse of the Box Clever Group. Claims in deceit relating to the securitisation of receivables. Led by Mark Hapgood QC and Sonia Tolaney.

Schmitt v Fenne-Frederiksen (2011 – 2012). Jurisdiction challenge in relation to claims made by German administrator of Phoenix Kapitaldienst pursuant to section 423 of Insolvency Act 1986 arising out of dishonest Ponzi investment scheme.

KZ v Russian Individual (2010). Advising in relation to proceedings brought by minority shareholders in BVI and Cyprus for fraudulent conspiracy against company director and other off-shore entities to recover damages for loss of value in shareholding.

Lexi Holdings v Aitchison Rafferty (2010). Defending claim for allegedly negligent valuation in reliance on ex turpi causa doctrine based on the fraud of a “one man company” in making loans pursuant to a dishonest scheme as set out in Moore Stephens v Stone & Rolls Limited [2009] UKHL 39. Led by Peter Ratcliffe.

CIMC Raffles Offshore (Singapore) Ltd v Schahin Holding SA (2013/14). Post-judgment (1) application for disclosure of assets pursuant to section 37 of the Senior Courts Act 1981 and (2) advice on application for appointment of receivers as means of enforcing judgment of US$67m (2013-2014). Led by Andrew Fletcher QC.

George has acted in numerous substantial commercial disputes in the High Court. He has been ranked in the Legal 500 since 2014. Notable cases include:

IXIS v Corporate & Investment Bank (2006/07). Commercial Court claim arising out of the collapse of the Box Clever Group. Claims in deceit relating to the securitisation of receivables. Led by Mark Hapgood QC and Sonia Tolaney.

Property Trust v Individual (2019/20). Drafting opinion in support of release of Deferred Consideration under terms of 2017 SPA having regard to (1) existence and (2) quantum of claims.

Holding Company v Sellers (2020). Drafting opinion in support of release of Escrow Payment under terms of 2019 SPA having regard to (1) existence and (2) quantum of claims.

Altecnic v Benettolo (2016-2018). Commercial Court claim for damages and equitable relief arising out of (1) alleged breach of exclusive distributorship agreement and (2) misappropriation of corporate opportunities by director in plumbing industry.

Kemp v Glacier Estates Ltd (2011/12). London Mercantile Court claim for damages for (1) breach of contract and (2) misrepresentation in relation to failure to supply bespoke, luxury kitchen. Application before HHJ Mackie QC to set aside judgment in default. George acted for the successful claimant.

Martinez v Ige (2015/16). Successful (1) strike out application and (2) extended civil restraint order application arising out of claims made in relation to claimant’s appearance on GMTV programme in 2007.

Jazz FM v Planet Rock (2013). Claim alleging (1) breach of exclusivity term and (2) repudiatory breach in relation to obtaining of orders from advertisers for the broadcast of advertising, sponsorship and promotion on rock music radio station.

KZ v Russian Individual (2010). Advising in relation to proceedings brought by minority shareholders in BVI and Cyprus for fraudulent conspiracy against company director and other off-shore entities to recover damages for loss of value in shareholding.

A v B (2005/06). ICC arbitrations seeking damages for multiple breaches of contract in relation to supply of military equipment. 2 week arbitration in The Hague in January 2006. George acted for foreign government. Led by Ali Malek QC and Richard Brent.

Sun Capital v Hammonds (2013-2015). £20m damages claim by private equity investment fund against solicitors arising out of allegedly negligent advice as to level of fine likely to be levied by EC for participation in cartel in breach of competition law. 2 week Commercial Court trial in March 2015 before Phillips J settled after evidence. Led by Cyril Kinsky QC.

RPL v McCarthy Tétrault (2011 – 2014). £60m damages claim in respect of alleged negligence of solicitors and NOMAD in relation to due diligence and verification conducted for purposes of company’s listing on AIM. 4 week trial before Morgan J in November 2014. Led by Andrew Sutcliffe QC.

FMNL v JB Leitch (since 2020): £2m claim arising out of failure to issue proceedings against predecessor solicitor firm within limitation period in respect of alleged negligence in failing to advice on effect of provisions in lease.

Dartmouth v Payne Hicks Beach (2014). Claim relating to allegedly negligent advice as to the level of financial and capital provision to be made under Schedule 1 of the Children Act 1989.

Egan v Pannone (2013/14). Claim by husband and wife for substantial damages arising out of alleged negligence in conduct of conveyancing transaction relating to purchase of property in France. Issues relating to scope of retainer in respect of matters of French law.

Pryce v McCartneys (2008/09). Claim against estate agent for misdescription of land in Particulars of Sale in order to recover expenses incurred in connection with prior proceedings.

Inspection of register of members

George is a modern languages graduate who speaks Spanish to a high standard.