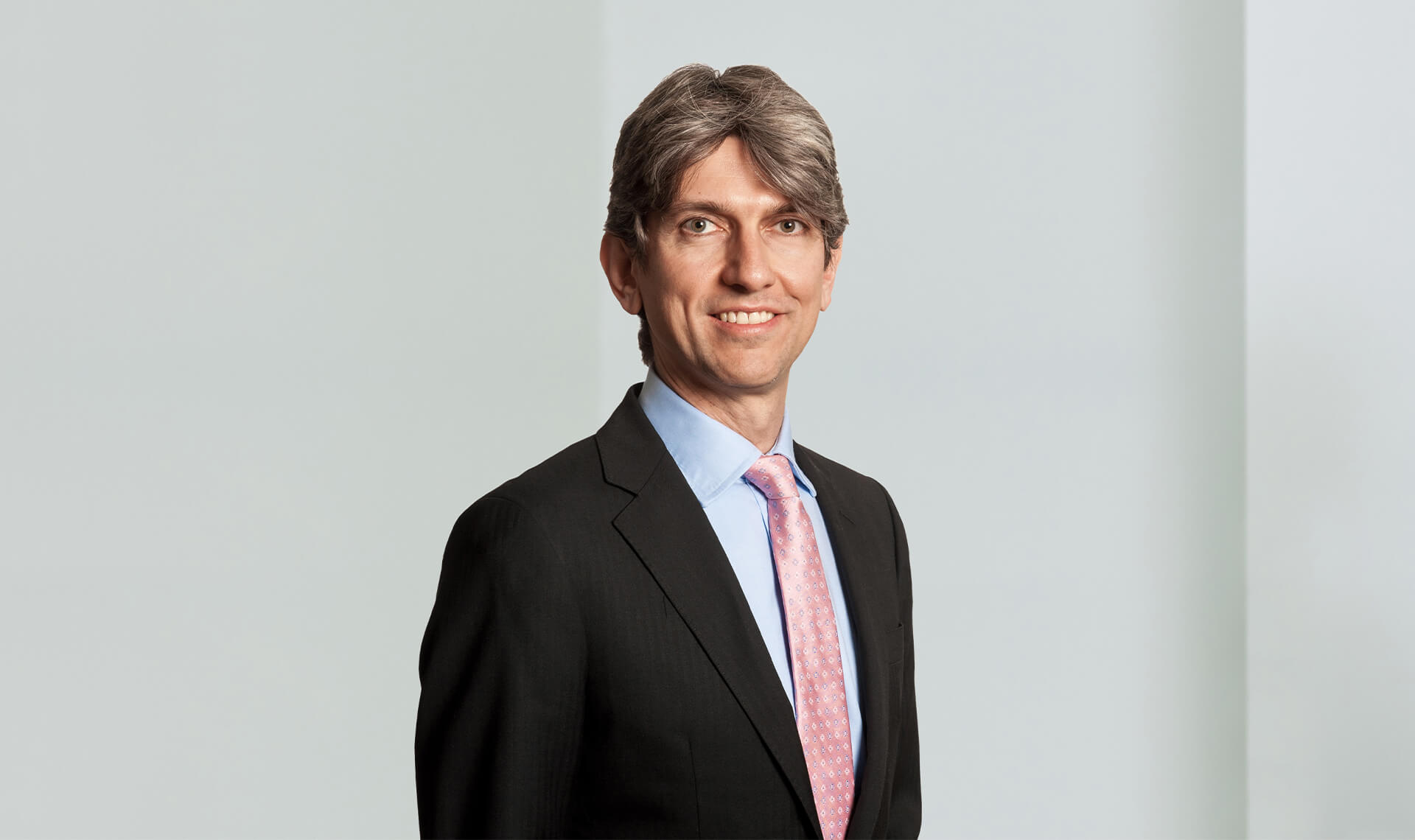 Ian Wilson KC is an experienced commercial litigator, specialising in banking and finance (including consumer credit), financial services and regulation, commercial fraud, insolvency and restructuring and general commercial litigation and arbitration. He has a strong reputation as a trial advocate and  cross-examiner, as well  as for his advisory work.  He acts principally for banks, insurance companies, financial  institutions and insolvency practitioners and  has  wide  experience of financial mis-selling claims and  litigation involving international fraud. He has appeared in a number of leading cases, including Paragon Finance v Plevin in the Supreme Court.  As well as practicing in this jurisdiction, Ian has also been called to the Bar of the Supreme Court of the Eastern Caribbean (BVI).

Ian is consistently rated in the directories as being a leading silk in his core fields of practice: Banking and Finance, Financial Services, and Insolvency and Restructuring. The directories describe Ian in the following terms:

Ian has been appointed as the general co-editor of the 16th edition of Paget’s Law of Banking, due to be published in 2023.

Beyond his legal practice, Ian is a pianist and organist (playing to a professional standard), and an Associate of the Royal College of Music.

Ian regularly acts for banks and  financial institutions, and  has  extensive experience of banking litigation, including guarantees and  securities, investment management, and swaps and  other structured financial products. He is consistently ranked as a leading practitioner in Banking & Finance and Financial Services.

Ian  has  considerable experience in representing banks in mis-selling claims, fraud trials, payment protection insurance, unfair relationship claims, and multi-jurisdictional disputes. He is also known for his expertise and experience in consumer credit and regulatory matters. Ian acted  in the Paragon Finance v Plevin litigation (concerning PPI and section 140A  of the Consumer Credit  Act 1974) before Supreme Court, and has been involved in a number of large scale financial cases.

Lynch v Aldermore Bank [2022] EWHC 3050 (Ch). Acting for the Bank in its appeal against the decision of Chief ICC Judge Briggs to overturn a trustee in bankruptcy’s admission of a proof of debt based on a bank guarantee. Instructed by Pinsent Masons.

Tillman v Lloyds Bank & Better Capital (Commercial Court, 2021). Defending Lloyds in a £150m claim by the former owner of the high street chain, Jaeger, involving allegations of conspiracy, deceit and breach of confidence arising from the circumstances of its administration. Instructed by DLA Piper.

Khalifeh v Blom Bank SAL [2021] EWHC 1502 (QB). Acting for a Lebanese Bank in proceedings concerning substantial US$ deposits in Lebanon and involving an application for an anti-suit injunction.  Instructed by Dechert.

Chudley v Clydesdale Bank plc [2019]  3 WLR 661;  [2019]  2 All ER  (Comm) 293 – Court of Appeal; acted  for the bank  as  case  leader in defending a fraud claim against it by an  investor in failed investment scheme; the Court of Appeal decision is a now a leading authority on the Contracts (Rights of Third Parties) Act 1999. Instructed by Addleshaw Goddard  LLP.

Financial Services Compensation Scheme v FirstPlus Financial Group & others (2016  – 2018)  – Acting for a lending group  in a claim by the FSCS for recovery of compensation payments made  to PPI  customers. Instructed by Harrison Clark Rickerbys.

Plevin v Paragon Finance [2014]  UKSC  61  – Acted  for Paragon in  the  leading Supreme Court decision on payment protection insurance and  section 140A  of the  Consumer Credit  Act 1974. Instructed by Irwin Mitchell.

Ian has been involved in numerous large-scale commercial dispute and fraud cases. He has considerable expertise in fraud recovery actions, asset tracing, injunctive relief, contempt of court and multi-jurisdictional proceedings.

Most recent instructions include:

Acting for the joint liquidators in the Harrington v Mehta litigation, involving an alleged $1billion fraud.

Acting in a $1billion multi-jurisdictional claim involving an alleged ‘corporate raid’ on a corporate structure owning strategic assets in Russia.  This involved, amongst other claims, liquidation proceedings in the BVI and international arbitration proceedings in London.

Acting for the English shipbrokers, Clarksons, in the Fiona Trust v Privalov litigation.

Ian is highly experienced in a broad  range of contractual and  commercial disputes, with particular expertise in  fraud litigation, arbitration, asset tracing and  recovery actions, injunctive  relief, contempt of  court  and multi-jurisdictional proceedings. Among  other large-scale commercial litigation cases, he acted  for the shipbrokers Clarksons in the Fiona Trust v Privalov litigation, which culminated in a 6-month  trial  in the Commercial Court. He has  also  been  involved in a substantial fraud claim by mortgage lenders against a property developer.

Renpower Investments Ltd v Larkfleet Ltd [2013]  EWHC 800 (QB) 2012-3) – Commercial dispute in relation to a  sale  and  purchase agreement involving the  transfer of a  solar  farm  subject to accreditation under  the Feed-In-Tariff Regulations.

Re  Highfield Distribution (2008-2014) – High Court litigation against a former  company director  for misappropriation and  wrongfully continuing to trade  post-winding up.  Acted  successfully for the liquidators (Grant  Thornton)  in  section 212  misfeasance proceeding, and  in  obtaining various enforcement orders.

Acting for a Swiss bank  in relation to proceedings in the Bahamas arising from the liquidation of the  Oracle Fund. Led  by  Stephen Phillips QC and  Robert  Hildyard QC. Instructed by  Holman Fenwick & Willan.

Ian has acted in various energy disputes, particularly in the context  of alternative and renewable energy sources.

Renpower Investments Ltd v Larkfleet Ltd [2013]  EWHC 800  (QB) – Instructed on the appeal in litigation relating to a sale  and purchase agreement involving the transfer of a solar  farm  subject to OFGEM accreditation under the Feed-In- Tarrifs (Specified Maximum Capacity and Functions) Order 2010.

Ian has also advised on a dispute arising out of a sale and purchase agreement concerning the acquisition of a  company established for  the  purposes of obtaining OFGEM accreditation for renewable energy production.

Ian is consistently ranked as a leading silk in the field of Insolvency & Restructuring. He is regularly instructed by  liquidators, administrators, trustees and  receivers in relation to a range of insolvency matters. He has considerable experience in claims against former  directors and others for wrongful trading,  preferences, transactions at an undervalue, and misfeasance, as well as in relation to the failure of a complex tax avoidance scheme. Many of his cases involve aspects of fraud.

He has particular experience in asset recovery actions in the insolvency context,  claims by successor practitioners against former insolvency office  holders, and in claims involving insolvency practitioner bonds (being one of the few members of the Bar with extensive experience in this area). He has also recently acted in  one  of the  leading cases concerning corporate capital reductions using the “declaration of solvency” procedure under  the Companies Act 2006.

LRH Services Ltd (in liquidation) v Trew and  others [2018]  EWHC 600 (Ch); [2018]  All ER (D) 161 (Mar) – Acted for the successful liquidators as case  leader in the trial  of a claim against the former directors of a company left  with  onerous  lease liabilities following a restructuring involving the reduction of capital using the declaration of solvency procedure under  s.643 Companies Act 2006 and the payment of a £21m dividend; the solvency statement and the dividend payment were held to have  been  invalid and  the  directors were  held  to have  breached their  duties to the  company. Instructed by Gateley PLC.

Re  Highfield Distribution (2008-2014) – Acted  for the successful liquidators (Grant  Thornton)  in misfeasance and  asset recover  proceedings against a former  company director  in a case  involving the misappropriation of assets and  wrongful post-winding up trading; the case  has  involved various injunctions (including freezing injunctions), civil restraint orders,  trials for the determination of beneficial interests and numerous appeals.

Ian is regularly instructed in claims involving financial advisers (including issues of inappropriate portfolio selection and advice), valuers, solicitors (in particular in the context of mortgage and other financial transactions), and  other professionals. He has particular experience of the application the Contracts (Rights of Third Parties) Act 1999 in the professional negligence context.

Recent instructions include acting for a bank  in a claim by a mortgagor alleging negligent valuation and sale, and acting for solicitors in relation to allegations of mortgage fraud. Ian was also recently instructed in a large-scale claim against solicitors involving allegations of breach of fiduciary duty, conflict of interest, and negligence in relation to the conduct of previous proceedings. A further recent  case  involved a substantial claim against a property developer in relation to a large-scale mortgage fraud.

Ian has litigation experience in  the  context  of disputes in  a number of offshore jurisdictions, including The Bahamas, BVI,  Cayman, and the Isle  of Man. He is called to the Bar of the BVI.

Sian Participation Corp v Halimeda International Ltd (2021) – Liquidation proceedings in the BVI concerning the enforcement of a £1 billion corporate debt in the context of an alleged ‘corporate raid’ concerning strategic assets in Russia.

Henderson v Alico & others (2016) – Isle  of Man  litigation concerning the deduction of allegedly unlawful commissions from a substantial investment fund  held in the form of insurance bonds.

Tempo & Maxima v Fortuna  (2011-2014) – Litigation in Cayman and  the BVI  concerning a $500m development in  Vietnam; the  case  involved claims by  minority shareholders for  breach of a shareholders’ agreement, and various company law  claims as  to the  validity of key  corporate resolutions. Instructed by Maples & Calder  in Cayman, and Watson, Farley & Williams in Hong Kong.

Cantrade Privatbank AG v Fortis Fund Services (Bahamas) Ltd (2004) (part  of the Oracle Litigation). Acting for a Swiss bank  in relation to proceedings in the Bahamas arising from the liquidation of the Oracle Fund.