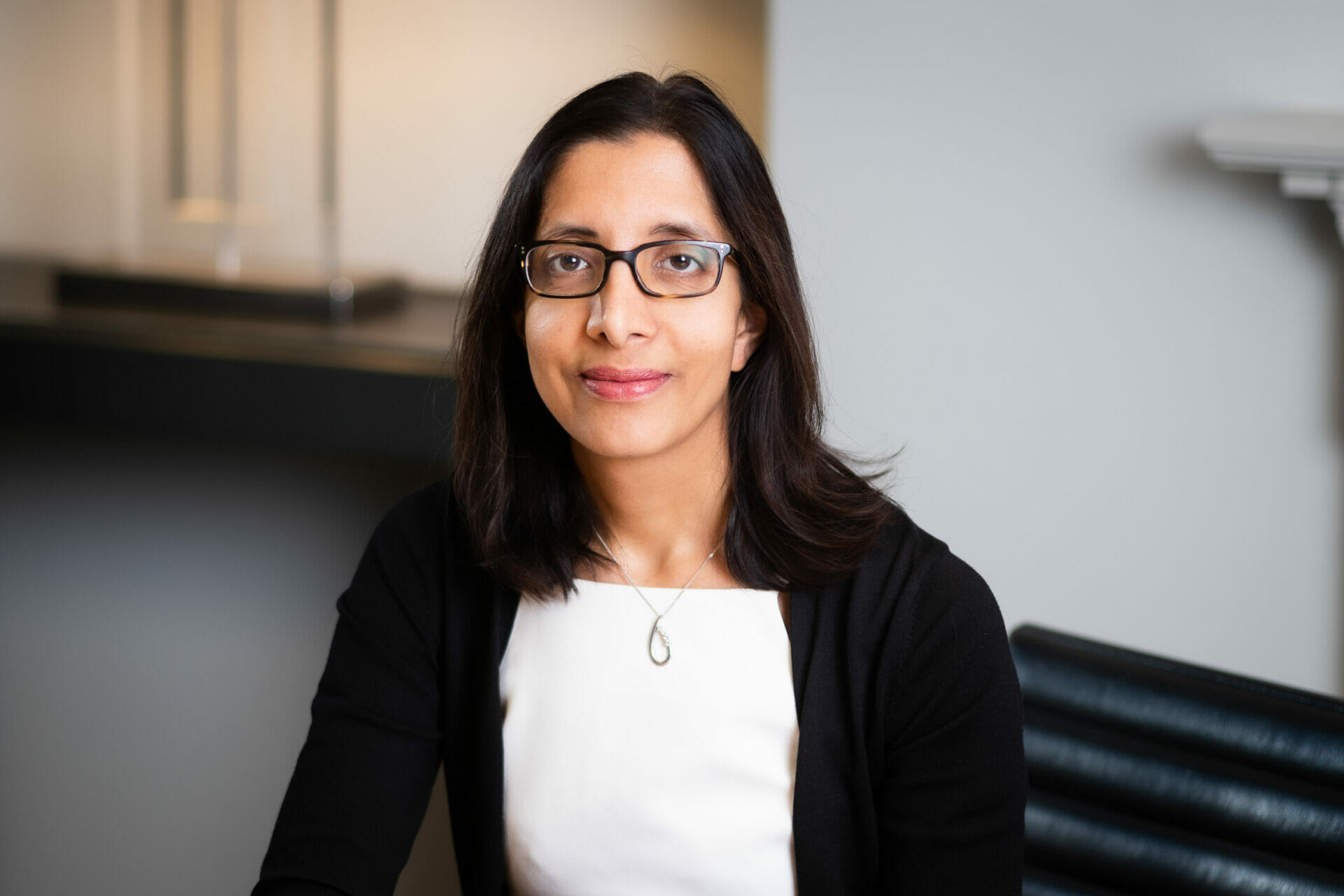 Saima’s practice spans banking and financial services, commercial litigation, insurance and commercial judicial review. She is currently representing a defendant in the $2 billion Commercial Court SKAT ‘dividend arbitrage’ litigation, a foreign state seeking to intervene with an application before the UK Listing Authority and the main defendant in the high profile FCA Qualia Care Homes civil proceedings. She is also instructed by regulators, having acted several times for the PRA, and as retained counsel for the Guernsey Financial Services Commission.

“Unbelievably clever”, with “an absolute mastery of the crossover between… financial regulation and banking”, Saima is able to “creatively argue against accepted legal principles” (Legal 500). Her landmark victories include: T v FCA (a Judicial Review ordering the FCA to stay an investigation pending the outcome of a trial in the SKAT litigation), Rollet v DFSA (a rare successful privacy application preventing publication of the Decision until the hearing), Tinney v FCA (where she “set a new precedent” representing a Barclays COO in the Upper Tribunal in the only reported case where a P1 breach did not result in a ban or a fine), and Sogexia v Raphaels Bank (where she obtained a rarely-granted short notice mandatory injunction against the bank). Saima has uniquely acted in both of the only successful Judicial Reviews of the FCA since FSMA 2000 and scored multiple wins against other regulators including the FOS. Ultimately, she seeks the best result for her clients (she is “commercial savvy…’ and “client friendly”, Chambers & Partners) and many of her cases settle successfully without going to Court.

Saima’s practice is global. Listed in the legal directories for three regions (UK, EMEA and Asia Pacific) she acts in jurisdictions including Dubai (“she is involved in some of the most visible DFSA regulatory investigations”), Hong Kong (she has “great technical knowledge” and “experience of… matters surrounding Hong Kong Stock Exchange listings” Legal 500) and Guernsey. Her international cases include the 1MDB investigation in Singapore, the forex manipulation scandal and the Abraaj litigation. She has also been instructed in foreign proceedings as an expert witness on UK financial services law.

“She offers very clear guidance on the law and isn’t scared to give her opinion… She exudes confidence.” (Chambers & Partners)

“She has great knowledge of the FS industry” (Chambers & Partners)

“Saima Hanif KC has an established practice acting for financial institutions and individuals around banking and finance regulation.” (Legal 500)

Saima has extensive experience in banking and finance disputes, acting for corporations and individuals across areas including retail, business and investment banking. She has cross-border experience and has acted in multiple jurisdictions including Dubai, Hong Kong, Singapore and Guernsey.

“She is a standout… and will make waves.” (Chambers & Partners)

‘Saima is quickly becoming the dominant force in FSR, both domestically and abroad. She is highly sought after because of her intelligence, her commitment to her clients, her tenacity and her superb advice on all matters relation to financial services regulation.’ (Legal 500)

“She has an absolute mastery of the crossover between the financial regulation and banking and finance areas.” (Legal 500)

“She has a good appreciation of the inner workings of the regulatory authority and, accordingly, provided us with excellent advice.” (Chambers & Partners)

Saima is a leading specialist in financial services, recognised for her “high profile in the field” (Chambers & Partners). She has acted in some of the leading cases in the area (see below) and has represented clients before the RDC, the Upper Tribunal and regulatory bodies in Dubai, Guernsey and the Isle of Man.  She  acted for Mr Tinney in the landmark Upper Tribunal case [2019] UKUT 0227 (TCC) which is the first reported decision where, despite a lack of integrity finding, no ban or fine was imposed, and she successfully represented the PRA in its first enforcement action against the former directors of a failed credit union,  In addition to this she has undertaken expert witness work, providing expert evidence on the FS regulatory framework in both domestic and foreign proceedings.

She is one of the few advocates with experience of all the domestic FS regulators and has a rare understanding of the legal and policy issues that arise in this sector. She has undertaken secondments at the FCA (GCD), FSA (Enforcement) and the Bank of England, and was also seconded to the Financial Services department of Clifford Chance during the credit crunch, where she worked on numerous high-profile matters including the collapse of Northern Rock. At the Bank of England, she was the Legal Assistant to the Financial Markets Law Committee and assisted with the drafting of 8 papers on esoteric legal issues in financial markets (see http://www.fmlc.org/), including the problems created by the s235 FSMA definition of a collective investment scheme.

Saima has a particular expertise in contentious regulatory investigations, acting frequently for the party under investigation. She has attended compelled interviews, drafted responses to investigation reports and assisted with the s166 FSMA process. She is regarded as “a very smart advocate who really understands how FCA enforcement investigations work” (Chambers & Partners). She has represented individuals who are dual regulated by the FCA and the ICAEW.

Saima is “a very smart advocate” who “packs a punch” (Chambers & Partners) and has represented clients at all stages, from the compelled interview stage, right through to the Court of Appeal. She appears regularly before the RDC and the Upper Tribunal. Appearances include:

Saima has extensive experience of both regulators. Examples of her work include:

‘Saima is quickly becoming the dominant force in FSR, both domestically and abroad. She is highly sought after because of her intelligence, her commitment to her clients, her tenacity and her superb advice on all matters relation to financial services regulation.’ (Legal 500)

Saima is a global FS expert. She has extensive cross-border experience, acting for clients facing enforcement action in Dubai (“she is well-versed in… the DFSA’s rules and their application”, Legal 500), Hong Kong (“she has experience of dealing with regulatory matters surrounding Hong Kong Stock Exchange listings”, Legal 500), Singapore, Guernsey (where she was retained counsel for the Guernsey Financial Services Commission), the Isle of Man and the Overseas Territories.

Saima represented the claimant in Ford v FSA, in “one of the few successful JRs of the FCA” (Chambers & Partners) and successfully judicially reviewed the FCA again in the landmark decision of T & I v FCA [2021]. She has extensive experience in challenging FS regulators, including the FOS where she has acted for multiple claimants seeking to challenge jurisdictional and substantive decisions of the FOS.

With a strong grounding in public law, regulatory law and FS, Saima is particularly well-placed to advise on claimant judicial reviews of FS regulatory decisions.

Judicial Reviews of Other Regulatory Decisions

Cases of note include:

“She has piercing legal insight” (Legal 500)

Saima has an established litigation practice, across a range of commercial disputes. Examples of notable cases include:

Given her expertise in financial services, regulatory and commercial law, Saima frequently advises individuals and financial institutions in respect of issues relating to sanctions She has acted in matters concerning the EU Blocking Regulation, the Libyan, Iranian and Russian sanction regimes, as well as the US secondary sanctions regime. She has a particular expertise with sanctions as they apply to the FS sector

Examples of recent matters in which she has acted include:

“She is technically brilliant” (Legal 500)

Saima has a particular expertise in insurance regulation and FCA/PRA/FOS insurance disputes.

Examples of recent cases include:

In addition, as a junior barrister, Saima completed a secondment to the FSA (as it was then) where she worked on insurance regulation.

Saima has experience of arbitrations under all the major arbitral rules and across various industries.

She has a particular expertise in disputes arising out of the financial services sector.

Rights of audience at the Astana International Finance Centre Court